COVID-19 Update: Our practice is operating with our normal business hours. Social Security disability hearings are currently held by telephone. You may stay home and speak to the judge on the telephone. To schedule your consultation contact (410) 433-4040 or complete the Contact Form on this page. 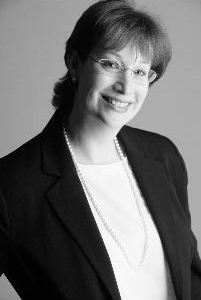 Ms. Levian grew up in Baltimore, Maryland in a medical family. The daughter of a psychiatric nurse and a surgeon, Ms. Levian says, “all I ever heard at the dinner table was nursing and medicine. When the phone rang on Saturday night, it was usually the Emergency Room.” From a very young age Ms. Levian enjoyed making rounds with her father at the hospital, and at age 14 began working there.

In 1983 Ms. Levian completed her studies at the University of Wisconsin and earned a Bachelor of Science in Nursing degree. An Air Force recruiter visited the School of Nursing in the dead of winter and said, “who wants to go to Florida?” Having never seen Florida, and excited to leave the frigid cold, Ms. Levian volunteered. Even “Club Fed,” a cushy minimum security Federal Prison (no longer on the grounds), located on the country club-like base, was inviting compared to the arctic cold of Milwaukee. From Maryland and surviving five winters in Wisconsin in a variety of "student housing," Ms. Levian saw the Bachelor Officer Quarters, the beach, and the palm trees at Eglin Air Force Base and said, "where do I sign?"

While in the Air Force Ms. Levian married a veteran of the Israeli Air Force. When Ms. Levian left the Air Force, she joined her husband in business. Years later Ms. Levian went to work with a Baltimore attorney who saw the wisdom in training her to handle claims for Social Security disability benefits.

Social Security disability benefits are awarded to people who meet the criteria for eligibility. The Social Security Administration bases more than 90% of its decisions on medical evidence (reports of medical providers). It was no accident therefore, that the Baltimore attorney who offered to teach Ms. Levian Social Security disability saw the potential in having a nurse work in his office. The ability to read and understand medical records, especially in those days when the records were handwritten, was a tremendous resource for an attorney whose practice was related to injury and medical matters.

When their daughter was four years old, Ms. Levian and her husband still operated their business. Additionally, Ms. Levian worked with a number of Baltimore attorneys as a nurse-legal consultant, and also entered the University of Baltimore School Of Law. An exhausting four years later, Ms. Levian graduated from law school, and passed the Maryland Bar. In June 2006, Ms. Levian opened her solo practice where she combined her nursing education, years of experience in business, and law degree, to create a winning formula assisting people with complex legal matters.

Ms. Levian has a long history of working with people in need of assistance. She is especially sensitive to the needs of chronically ill people, the health of caregivers, and the impact of chronic illness on families. Nurses who are injured or too ill to work frequently contact Ms. Levian to discuss Social Security disability benefits. Nurses feel an immediate kinship with Ms. Levian. Veterans who have have been denied Social Security disability benefits are referred to Ms. Levian and greatly appreciate her style of case management. The most common words Ms. Levian hears from clients are “I called you because I knew you would understand.”

The focus of Ms. Levian’s practice is solely Social Security disability benefits. As a nurse, veteran, and attorney, Ms. Levian says, “working with people who have physical and/or mental health problems, which are severe enough to keep them from maintaining a job, is the perfect use of my education and skills. I am blessed and grateful to have this education, my health, and the opportunity to help so many people.”

Ms. Levian is a member of the National Organization of Social Security Claimants' Representatives (NOSSCR): 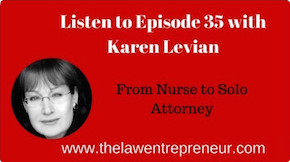